Happy Monday, All. Though I had not planned it as such (since housework was totally on my docket instead) it’s been a sewing sort of weekend. As for bailing on the housework, all I can say is that sometimes being a mom is really hard, and sometimes housework isn’t what we need to give us the peace we need to ease the pain in our hearts. As I rise this morning to start my day, I’m especially grateful for so many things; my faith, my family, and quilting – because quilting is sometimes the one thing I can do successfully, regardless of my mood. When I quilt, I can be happy or sad; angry or anguished; joyful or relieved. It’s a solitary craft as well, so thinking time is automatically a part of it; but it’s also become for me a way to pull joy into the dreariness that may exist on any given day. That’s a pretty valuable gift and I’m awfully glad of its presence in my life.

Emotional prelude aside, I wanted to share a quilt-related tip about scissors that I thought you might find useful. As I continue to move toward building my quilt business, I’m always reaching for lists assembled by various crafters of what tools are their favorites and why.  Sewing scissors seem to be a bit of an all-over-the-map sort of tool, which seems be a good deal less about what works best, and more about what people just grab on the fly, hoping to cut threads effectively. If I’m being totally honest, I’ve used an awful lot of crappy sewing scissors. The most frustrating ones are those that wouldn’t cut hot butter from the moment I pull them out of the packaging. I could make a wind chime out of the amount of those I have lying around!

Late last week as I was cleaning out a little travel tote I had stuffed full of yarn at some point (likely enroute to another girls’ lacrosse game), I discovered a little pair of scissors I had obviously lost track of. They’d been my grandmother’s and as I think about it, she always kept them in her yarn basket alongside the ‘davenport’ (her fancy word for couch). She too, had lots of other sewing scissors lying around, but it occurred to me that these were the ones she used most and for good reason: They work miraculously well! Except they’re not sewing scissors at all…

(note to self: Pick up another pair of manicuring scissors, just in case, the next time I’m at the grocery store…and more 3m hooks).

4 thoughts on “The Best Sewing Scissors Ever” 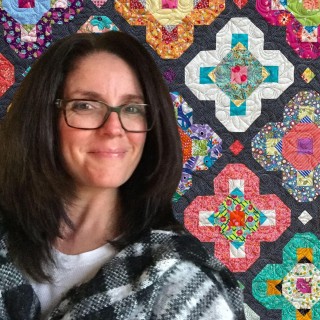